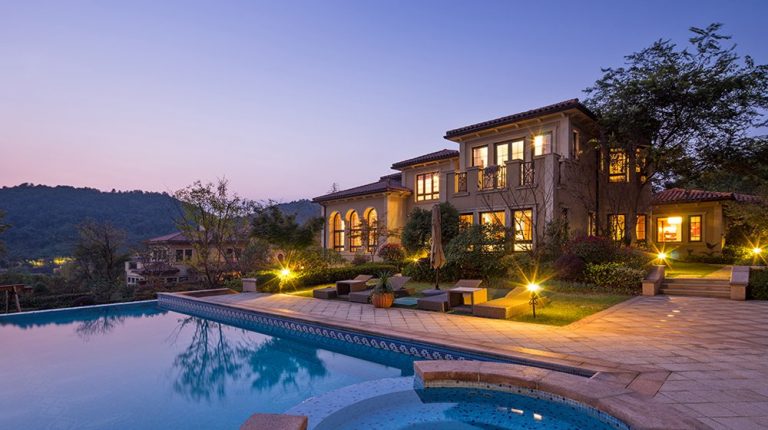 Symbio Lighting & Control is a systems integrator of lighting control and home automation. Symbio designs, builds, installs, services, and upgrades sound, video, networking, and lighting systems for homes and businesses. At the core of the company’s offerings is the Savant luxury home theater and home automation solution, the industry’s only Apple®-based control and automation solution.
Savant unifies all of the audio and video, lighting control systems, security, climate, communications, Internet, and ancillary services throughout the home. The system relies upon a unified wired and wireless networking infrastructure to ensure centralized command and control of all of the system’s automation and control solutions.

According to Symbio’s Vice President, Wynne Walker, a reliable and robust wireless network is critical to ensure that their network monitoring system is able to continuously monitor the status of the various devices on the network.Walker explained the problems that a less-than-reliable wireless network can cause in large residential homes like a two-story, 10,000 square foot home into which they recently deployed their system. “The network monitoring system was consistently going offline and sending alerts due to poor performance of the network,” Walker said. He stated that with large retrofit jobs like the high-end luxury homes they service, they do not have the luxury of placing wireless access points exactly where they want them. “We need fast, reliable, powerful access points that can cover the entire house to ensure that our network monitoring system can communicate reliably with all of the devices.” In addition to the performance of the network, Walker stated that value is also very important. “We need the performance of a Cisco or Ruckus product at a lower price point.”

Walker explained that in addition to delivering reliable, high-speed connectivity throughout the home, the chosen solution would need to provide central management, support 802.11n, and provide a guest SSID.“We talked to EnGenius about their Neutron Series because with how powerful the access points are, we thought it would be the best choice to cover the whole house, and we could get it done with fewer APs,” said Walker. Symbio removed the existing network infrastructure and installed two EWS7928P Neutron Series 24-Port GigE PoE+ Wireless Management Controller Switches and three EWS320AP Neutron Series Dual-Band Wireless N900 Managed Indoor Access Points.The EnGenius Neutron Series is a scalable solution for large properties that need to deploy, monitor, and manage numerous wireless access points from one simple and accessible browser-based software platform. Neutron Series switches can support any number of Neutron Series wireless indoor and outdoor access points from a few to several hundred, depending on the number of Neutron Series Switches in the network.For larger, multi-site deployments, EnGenius software enables users to monitor, access, and manage every Neutron switch and access point in the entire network, even across multiple sites.

According to Walker, the EnGenius Neutron Series was very easy to deploy, saving Symbio money by decreasing the setup time and reducing the number of access points they needed to install. “Our old network had 4 or 5 access points,” Walker explained. “We took those out and replaced them with three EnGenius APs and it covered the whole house.”Utilizing the EnGenius Neutron Series as a wireless connectivity source, the network now supports the Savant control system, a host of automation and monitoring devices, and 10 to 12 IP cameras. “After we installed the Neutron Series, all of the wireless issues went away and all of the network monitoring issues went away as well,” Walker said.“The Neutron Series gives us the reliability and performance of an enterprise-class wireless networking solution at a lower price point, making it an ideal addition to our systems in the large homes of our high-end customers,” Walker explained.

We use cookies to ensure that we give you the best experience on our website. By continuing to use our site, you accept our use of cookies.I acceptPrivacy Policy